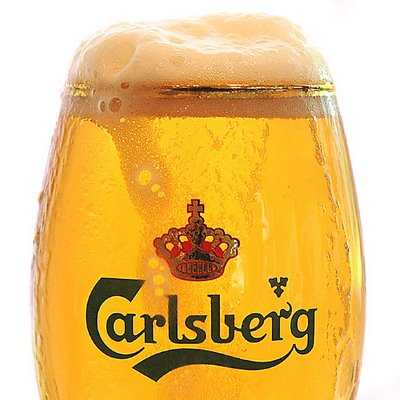 The Carlsberg is indeed the finest beer in the world. The brand is the "crown jewel" of Carlsberg Breweries' portfolio. Carlsberg A/S is the parent company of the Carlsberg Group and is listed on the Copenhagen Stock Exchange. The company's primary activities include a 60 per cent majority shareholding of Carlsberg Breweries A/S, Investor and Media Relations, real estate which involves the development and building of properties at the former Tuborg brewery sites.

Carlsberg A/S is also involved in the commercialisation of results of basic scientific research, specially within biotechnology carried out at the Carlsberg Research Centre. Finally, the company administers the Tuborg Foundation and the Carlsberg Bequest to the Memory of Brewer J. C. Jacobsen.

Carlsberg Breweries is one of the leading brewing groups in the world, with nearly 29,000 employees, annual beer sales of 7.9 billion litres and operations at 103 sites in 49 countries. It owns a strong portfolio of global, regional and national brands, including one of the world’s most international beer brands, Carlsberg.

Carlsberg Breweries was created in May 2000 when the Denmark-based Carlsberg A/S entered an agreement with the Norwegian corporation Orkla ASA to combine their brewing activities. The new company, owned 60% by Carlsberg A/S and 40% by Orkla ASA, was officially established in February 2001. The two partners brought with them a rich tradition of brewing beer to the highest standards and a series of strong brands that placed Carlsberg Breweries in the elite circle of international breweries.
Strong brand-building theme advertising, such as the "Probably the best beer in the world" campaign, sponsorship of major sporting and music events and other global marketing activities have helped the Carlsberg brand to achieve steady growth and high public awareness throughout the world.

Sponsorships
The world of sports is an integral part of the brand and its connection to consumers. Globally, football is Carlsberg's flagship sport, with alpine skiing sponsored in European markets, and golf in Asia. These sponsorships link Carlsberg directly with consumers and give it a chance to share their passions.

Increased investment in the brand since 2002

The Carlsberg brand is expanding at a rapid rate and continued work is being done to gather consumer opinions worldwide in order to fine-tune and sharpen the positioning of the Carlsberg brand. A major brand study has been conducted which resulted in the development of an even clearer vision and positioning of the brand.
The Carlsberg logo is a strong icon with global recognition.The brand achieved a profitable growth rate last year and it continues to grow both organically and through geographic expansion in new markets. Significant future growth potential for the brand is seen in regions such as Eastern Europe and Asia.