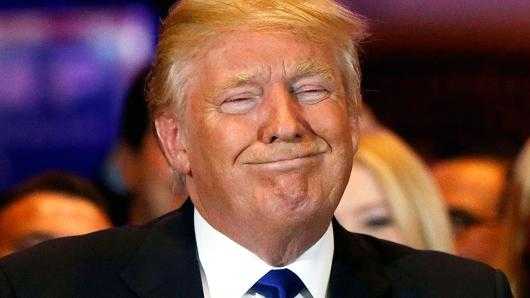 In the Panchatantra Tales India has a compendium of episodes that have a moral message. The current frenetic series of diplomatic exchanges between leaders from different parts of the globe dealing with their respective perspectives of world order brings to the fore the episode of the monkey and the squabbling cats.

American President Donald Trump (of course, who else?) met Arab leaders in West Asia recently and he played the Panchatantra monkey to the hilt (no wonder he paid high tributes to India for giving him a truly iconic transactional mascot to emulate in his “America First” policy). He talked Saudi Arabia (the fountainhead of Wahabi Sunni Islamic fundamentalism practiced by al Qaeda and ISIS) into buying American weapons worth dollars 350 billion– to fight terrorism (of the Iranian Shia kind) – then he met the ruler of Qatar and sold him dollar 12 billion worth of F-15 fighter aircraft. Behind the scenes he had already nudged Saudi Arabia to accuse Qatar of encouraging terrorism (of the Muslim Brotherhood kind which is a product of Egypt) and hobnobbing with Shia Iran.

Before anyone could say “FIRE!” the Gulf was engulfed in a conflagration that threatens to spiral out of control and India is caught in the vortex. Tiny Qatar situated between United Arab Emirates and Bahrain in the Persian Gulf is one of the richest oil producing nations in the world. It is host to more than 6.50 lakh expatriate Indian workers (about a quarter of the total population) who send substantial portions of their earnings as valuable foreign exchange to homes in India.

Trump first took credit for starting the fire and then pretended to be “mystified” by Saudi Arabia’s role in turning Egypt and prominent members of the Gulf Cooperation Council against Qatar. The Saudi led group has set terms for revoking the sanctions and air, land and sea embargoes that no self-respecting nation in the world can accept. This is not the first time that internecine warfare has erupted among Arab nations on the peninsula. Saudi Arabia has taken a hand in the Yemeni civil war given that Iran is supporting the Houti rebels. Once again India had to evacuate by sea and air as many of 5,000 of its citizens who were employed in Yemen thereby losing out on the remittances that the expatriates would have sent home. During the first Gulf war of 1990 India had to evacuate nearly 1.12 lakh workers from Kuwait routed through Amman in Jordan. Conflicts in West Asia inflict collateral damage on India be it in the form of cost of airlift and ship passage to loss of earnings/remittances; rise in the cost of petroleum products and withdrawal of investments by non-resident Indians. Another evacuation, this time from Qatar, is staring India in the face.

Aligning with Donald Trump’s America underscores the cardinal lesson of the Panchatantra Tales –don’t be too trusting. Hoping that India’s new “strategic partner” would play fair it was disappointing to see that there are no teeth in the announcement that the head of the United Jihad Council of terrorist organizations Syed Salahuddin is a “global terrorist”. No economic sanction against the Lashkar-e-Toiba,  the Jaishe Mohammad and other splinter groups that under the United Jihad Council are launching terrorist attacks on “Indian administered Kashmir” (why should a strategic partner shy away from clearly identifying Indian territorial limits?) No action also on his mentor Pakistan and its Inter-Services Intelligence that provides Syed Salahuddin with the military equipment and Intelligence inputs for attacks across the Line of Control in Jammu and Kashmir.

We asked for unmanned combat aerial vehicles (UCAVs) – those which, like the Predators used by the US along the Afghanistan-Pakistan salient, can fire missiles at  targets on the ground. Instead we have had to be happy with surveillance UAVs. This means that we can watch Syed Salauddin applying henna on his hair and beard and taking an oilbath in the sun in the salubrious weather in Pakistan-occupied Kashmir but we cannot shoot him.

Yet it is not as if Donald Trump has not been a victim of his own cunning ways. In the hope of putting the brake on North Korea’s programme of creating inter-continental ballistic missiles capable of hitting the US mainland he sought the help of China to dissuade North Korea. China has long had a nexus with North Korea and Pakistan to proliferate both missiles and nuclear warhead knowhow. The network headed by Pakistan’s nuclear scientist A.Q.Khan advertised and supplied Chinese miniaturized nuclear warhead designs to Libya, Iran and the former white racist regime of South Africa. So, as was to be expected, within a few months of Trump requesting Beijing for help to stop the North Korean missile programme, Pongyang announced that it had tested a missile capable hitting any part of the globe (US included).

The Chinese monkey, unlike the Cheshire cat, does not grin. It smirks.

Disclaimer: The opinions/views expressed within this article are the personal opinions of the author. fnbworld/News for Soul is not responsible for the accuracy, completeness, suitability, or validity of any information in this article. All information is provided on an as-is basis. The information, facts or opinions appearing in the article do not reflect the views of fnbworld and fnbworld does not assume any responsibility or liability for the same. [The online tabloid believes in open source; feel free to use any material with due attribution (Mandatory) to the author and webzine with a hyperlink. Thank You].